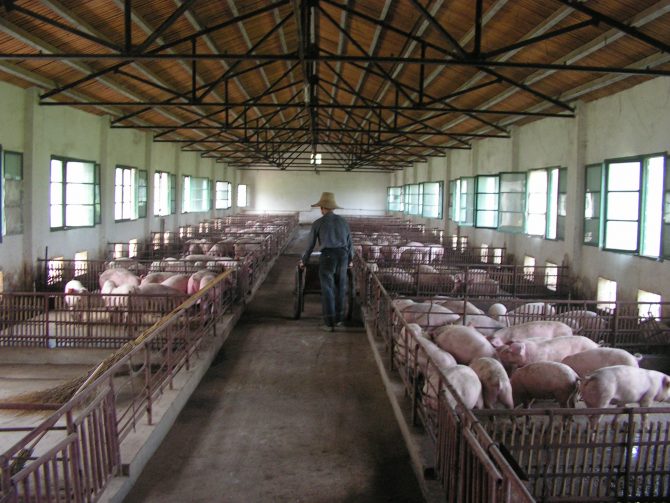 Farm concepts GmbH & Co. KG is an agricultural consulting and service company focusing on pig breeding and production. Farm concepts advices agricultural companies in business organization and development, production and genetics. It is one of the leading European partners of pig breeding organizations. IFWexpo Heidelberg GmbH organizes fairs and congresses and has experiences and know how in the agrarian fair field of many years.

China is the world’s biggest pig producer. Every second pig is fattened in China. Increasing industrialization and centralization has resulted in farm sizes of up to 80.000 pigs. These endanger millions of smallholder livelihoods and trigger unwanted migration and environmental problems. Compared with large farms and European standards, provincial and smallholder farms produce only few piglets. They use a lot of feed which accounts for two thirds of the production costs. Because of the genetics and breeding, smallholder farms are repeatedly threatened by animal diseases which already killed thousands of pigs.

The objective of the PPP-project is the improvement and decentralization of China’s pig production and the adaptation of European standards of breeding and fattening. Thus, smallholder breeding and fattening farms become competitive and animal diseases are prevented. In the Chinese province Shaanxi education and training in artificial insemination, breeding piglets and fattening pigs are being carried out in order to achieve these goals. All relevant topics of animal husbandry such as genetics, the building of stables, feeding, animal health, agricultural management and calculations are covered. Farmers, agricultural experts and other stakeholders acting as multipliers are the target group of these activities. Amongst others the trainings are conducted in the boar and nucleus station built by farm concepts in Shaanxi in cooperation with Chinese authorities as well as veterinary and animal breeding administrative offices.

The PPP-project has the potential to increase the productivity of Chinese pig farmers. It also provides support for the company farm concepts to enter the Chinese market.